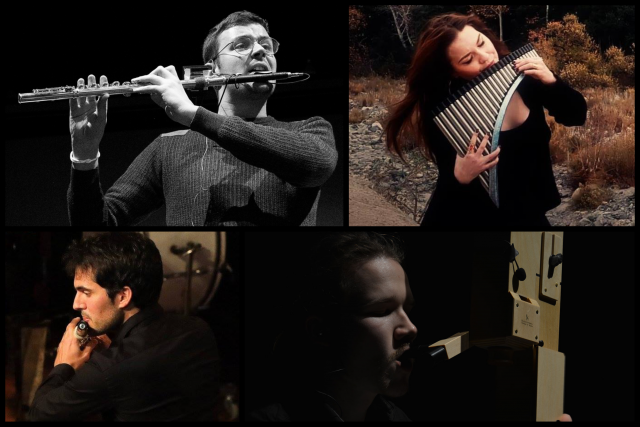 Baroque flute? Bass flute? Contrabass panflute? Subgreatbass blockflute? This specially curated concert presents an ultimate family reunion with the distant and not-so-distant relatives of the flute family in different sizes, combinations and moods, in a program of both baroque and the newest music with live electronics. It might just blow you away too (see what we did there?).

The concert series Ambigu provides a stage for lesser-known and more rarely heard very early as well as brand new music. This is music that is ambiguous in mentality and spirit, and often falls outside the mainstream of early and contemporary music programming.
The concerts of Ambigu take place at the Museum ’t Kromhout, a former ship engine factory at the centre of Amsterdam – an out-of-the-ordinary location with a robust and industrial sphere that goes beyond a conventional concert environment.
With the ambiguity characteristic of both early and new music regardless of the centuries in between as a point of departure, Ambigu acts as an accessible platform for experimentation, new approaches and concepts for the artists and concertgoers alike.