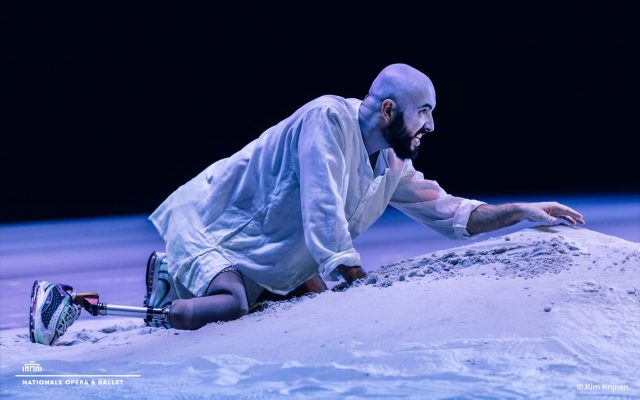 Figaro (solo): Bring me a Storm is an online opera that serves as a counterpart to Mozart’s Le nozze di Figaro. Starting point is Figaro’s explosive monologue from Pierre Beaumarchais’ original play Le mariage de Figaro. Mozart and his librettist Da Ponte left the text, which brims with revolutionary spirit, out of their opera adaptation. Now the scene finally makes it to the operatic stage in the vision of a new generation of music theatre makers.

More information and link to the free stream (from 29 November).

A voice wants to sing, a body wants to dance. An empty theatre wants to bring a message of love to an audience, even if they are not there.

In the final act of Le nozze, Figaro is alone in the Count’s garden. Though confident among other characters, the isolated Figaro is left to face bitter frustrations, self-doubt, and anxieties about taking a place in the world. Figaro’s extended soliloquy is now sung for the first time as a monologue-aria for one performer.

This once-censored text, left aside by Mozart and Da Ponte, now gains its own operatic dimension. A new libretto, adapted with freedom. What cannot be spoken, must be sung. “And if no one is there to hear me, I’ll sing of love to myself.”