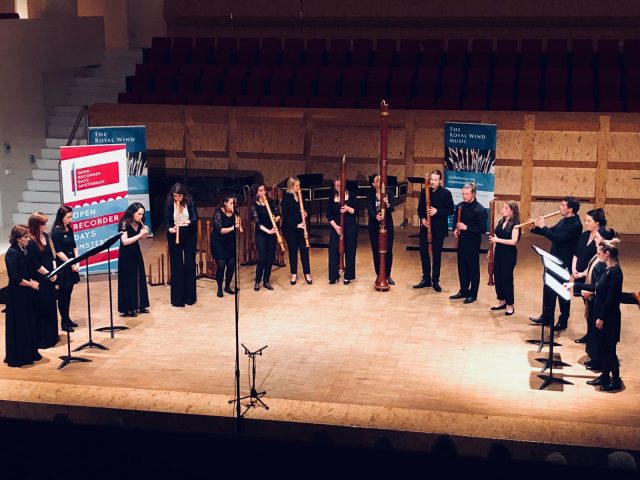 The Royal Wind Music premiere their new programme The Orange Tree Courtyard – Music in and around Seville Cathedral at the opening concert of the Open Recorder Days Amsterdam 2019.

On the 8th of March 1401, the Seville consistory decided to build a new cathedral on the site of the former Mosque. Their ambition: “a building so immense that the coming generations will think we were mad”. They succeeded: the cathedral of Santa María is still the third largest Christian temple in Europe. A few elements of the Mosque were preserved, among them the forecourt, a courtyard planted with orange trees and known as Patio de los Naranjos. Here, under the sweet shadow of the trees, starts a musical stroll through the cathedral, in which we will pass by the altar, the choir, the famous tower, La Giralda, the chapter house and the graves of composer Francisco Guerrero, organist Francisco Peraza and bibliophile Hernando de Colón.

Before that, during the official festival opening Lucie Horsch & ensemble play Spanish music and music inspired by Spain, including Les Folies d’Espagne by Marin Marais and recercadas by Diego Ortiz.