Ugly Pug is a multi-national trio of blockflutes, viola da gamba and harpsichord, devoted to the performance of new music. The centrepiece of this new programme is Crossroads by Wilma Pistorius, a brand new composition with a flexible form. The programme sees Ugly Pug reaching for new heights in musical diversity by juxtaposing the polarities of atonal and tonal, harsh and lyrical, improvised and predetermined, ugly and beautiful.This Ambigu concert is the release concert of Ugly Pug’s new album Crossroads (Olive Music/Etcetera Records)
More information & tickets
Facebook event
This concert will also be streamed on Musictraveler.TV on 08/08/2021 | 20:00, 24h later than the live performance.
Tickets to the stream: 5,00€ via Music Traveler
Online event on Facebook 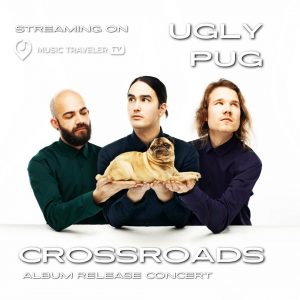 The concert series Ambigu provides a stage for lesser-known and more rarely heard very early as well as brand new music. This is music that is ambiguous in mentality and spirit, and often falls outside the mainstream of early and contemporary music programming.
The concerts of Ambigu take place at the Museum ’t Kromhout, a former ship engine factory at the centre of Amsterdam – an out-of-the-ordinary location with a robust and industrial sphere that goes beyond a conventional concert environment.
With the ambiguity characteristic of both early and new music regardless of the centuries in between as a point of departure, Ambigu acts as an accessible platform for experimentation, new approaches and concepts for the artists and concertgoers alike.